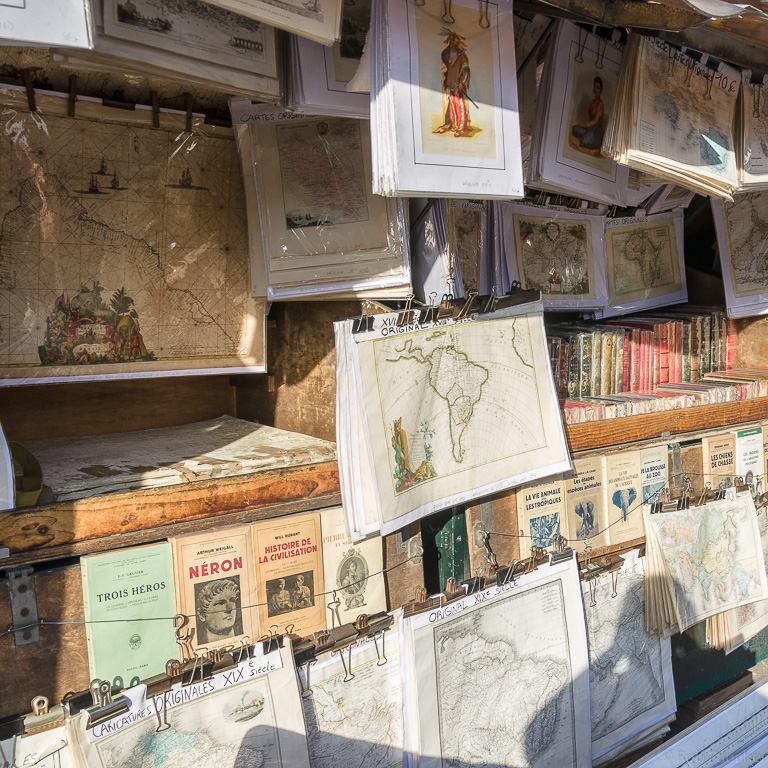 Does anyone read books anymore? When I was in high school, I fell in love with books—books about philosophy, psychology, novels, basically whatever the small bookstore in my hometown carried, or a lot of it. There was a small section on philosophy and religion, another on psychology, a larger one on eighteenth- and nineteenth-century fiction, and various others. I’d spend a lot of time in that store. It seemed to me then, and it seems to me now, that I was getting my real education right there. There was the stuff I was supposed to be learning in school, and then there was this, these books and these writers. School didn’t inspire me, but those books did. They lit a fire in a teenager that would grow for decades. My habit was to wake up at 4:00 a.m., go to the living room of our house and read whatever book I was engrossed in at the time for an hour or two until I had to go back to sleep, which I sometimes wouldn’t. I wonder how many teenagers grow up that way now. It wasn’t exactly typical in those days, but it wasn’t at all uncommon to see students either in high school or university sitting somewhere with a book in their hands. We weren’t living with the kind of technology that teenagers now do. We had T.V. and radio, of course, both of which I loved, but books somehow were able to hold their own against them. What about today?

Experiences—some of them—are formative. They shape minds. The brain itself, scientists tell us, is molded this way and that through repeated experience, a phenomenon known as neuroplasticity. Habitual attention or inattention both have neurological consequences in that repetition of the same activities strengthens particular circuits of the brain and can produce lasting patterns. The brain of the habitual internet surfer or video game player is not hard wired differently than the book reader, but habits of mind do become as resistant to change as habitual actions. What habits of mind and experience are the norm today?

Consider the experiential difference between reading books—e-books, audio books, whatever—or other forms of print technology and reading the kind of screens which today surround us. The first has a depth dimension, or a potential for this, which screen technology has a remarkably difficult time reproducing. One can read great works of literature on an electronic device as one can write on a computer; there is nothing inherent to the technology that prevents this. The problem is that deep reading—the kind of reading that transports us and transforms us—is impossible when attention is divided and interrupted in the way that screens typically do. Any text that’s worth reading exerts a demand upon its reader, to pay attention, to listen in earnest to the claim it’s making, and to respond. The written word, like the spoken, demands to be listened to. As is the case with deep listening, deep reading is an imaginative attending and responding to a claim, and it’s a process that takes time. Books may also be skimmed, searched, and used in the current sense of the word, but they don’t invite this in anything like the way that internet reading does. The latter virtually defies reading, or reading without haste and distraction. It’s no accident that most internet writing is short and surfacy. Much of it is written to be skimmed, as many T.V. shows are catered to casual viewers who will tune in for moments and quickly tune out again. Intellectual, aesthetic, or any form of engagement that rises above the level of entertainment is foreign to it. Deep reading is done slowly. Indeed the very pace of reading is a part of its meaning. The unhurried mind is wholly with the text, potentially at least, and in a position both to hear what it has to say and to enter into conversation with it. Quality prose can’t be skimmed. It demands that the reader navigate a complex line of thought or narrative rather than a maze of links and advertisements that are extraneous to its point.

What educators call “critical thinking” is very difficult for the mind that habitually skims, scans, and “uses” texts. It requires the same slowness of pace that book reading does. The problem, as Nicholas Carr writes, is that “For some people the very idea of reading a book has come to seem old-fashioned, maybe even a little silly—like sewing your own shirts or butchering your own meat.” He cites a student of philosophy as follows: ‘“I don’t read books…. I go to Google, and I can absorb relevant information quickly…. Sitting down and going through a book from cover to cover doesn’t make sense. It’s not a good use of my time, as I can get all the information I need faster through the Web.” Getting students to read books has likely never been as difficult as it is today, and many university professors have given up expecting this. Even in the humanities and social sciences, reading primary texts is increasingly replaced with “readers” and textbooks which are themselves written to be used rather than read and which are becoming ever shorter and more simplistic. As one scholar remarked, “As a sociologist and teacher of sociology at the university level, I can assure those who wonder if any evidence indicates that reading is declining that indeed it is. My classroom was composed almost entirely of people incapable of reading the college-level text. The book publishers of college textbooks are producing succeeding generations of textbooks that simplify on the previous simplification until the result is almost a comic book approach to complex sociological concepts.” That remark is from 1984. The trend he described has continued to this day and there’s no end in sight. The dumbing down not only of university textbooks but of so much of postsecondary education will not be reversed by online learning or any other technological fix. The fix itself, widely touted as a way to raise standards, contributes to the problem of what some are calling “aliteracy,” minds that are able to read but that refuse to, or don’t see the point. You don’t see the point of much of anything until you do it.

My worry is that book reading might become again what it has been through so much of human history—a preserve of the elite. Some carry their worries too far and predict, as Maggie Jackson puts it, that “the erosion of attention” is leading toward “a declining civilization and a desertlike spell of collective forgetting,” a claim that surely overstates the case. I doubt that we’re witnessing what the same author calls “the slow extinction of our capacity to think and feel and bond deeply.” What we’re witnessing, in my view, is a depreciation of those capacities and habits of mind that screen technology does not elicit, which is to say many of the habits that are central to a liberal education. As technology becomes less a tool than an order of things and a way of life, what passes for thinking are so many forms of calculation that follow the rules without plumbing any depth, seeing through subterfuge, or questioning in a genuine sense. Technology itself is not unthinking, but its mode of thinking is in black and white. Its claim to exclusivity makes it our sole way of comporting ourselves in the realm of ideas and narrows minds which education and experience ought to be broadening. As one set of mental habits is gained, another is lost, and educators and the rest of us need to think about not only what we’re learning but what we’re unlearning.