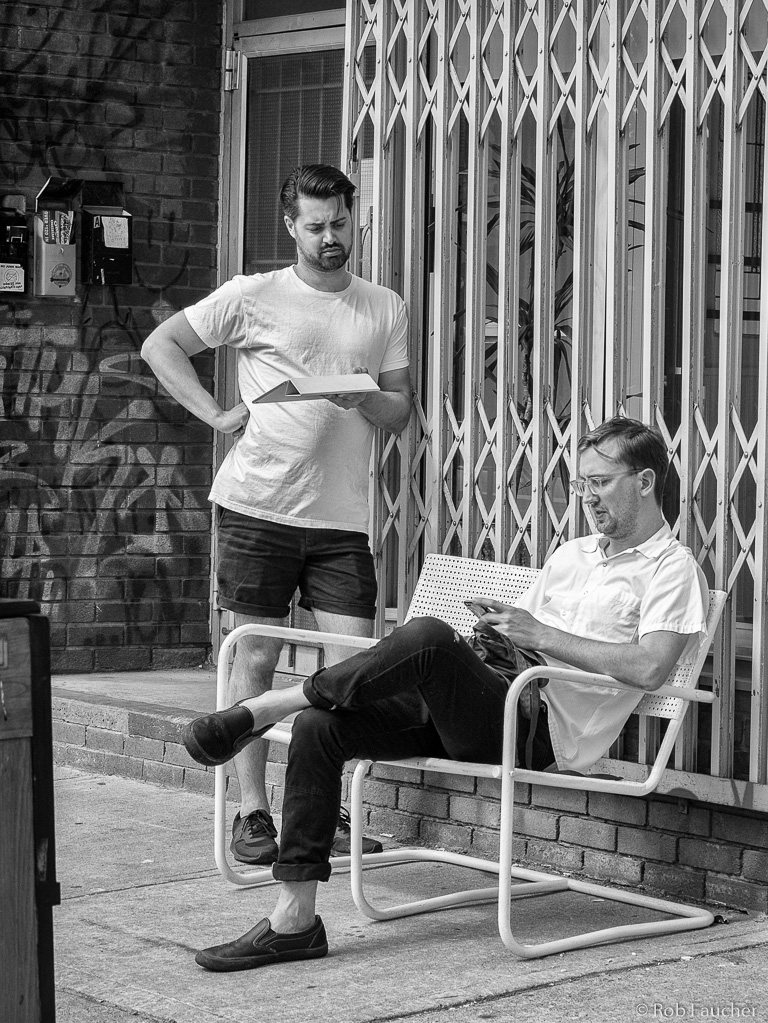 When Facebook came into existence my first thought was, this will be very popular among unusually narcissistic adolescents, maybe teenagers too. I was surprised to learn that people in their twenties were using it, still more people into their thirties and forties, and even older. The usual explanation goes this way: I want to stay connected with my friends, reconnect with old friends, make new friends, and so on. It’s about friendship and connection, so they say. Was anyone before Facebook complaining that they felt disconnected from their friends or that they couldn’t manage to make new friends? There’s a lot more to the social media phenomenon than this.

Think about the politician who tweets, regularly. The more savvy ones are all doing it now, and there’s an advantage to it. A politician can speak to the people directly and bypass the journalists who will invariably select and spin whatever a politician has to say to suit their own purposes, when they cover it at all. The politician can say whatever they want at any time they want, all of it unfiltered. Some politicians have a rather adversarial relationship with the press or, at any rate, they want to eliminate the middleman and speak to the voters without media manipulation. Or think about the person who wants to meet that certain someone, but they lack the courage to approach them the old-fashioned way. There’s risk involved in asking someone on a date, but what about when you’re just pressing keys on a phone and waiting for a few words in reply? If the answer is no, there’s not a lot of emotional impact there. You can think of many other examples. There’s a downside to this form of communication, but we’re beginning to forget what that is.

Social media and electronic technology in general today are becoming less the “tools” they’re still described as being than something like a way of life, a way of thinking, of appearing and preferring. The growing preference for electronic over in-person communication, for instance, should concern us for reasons that bear in part on what such communication omits, including the whole realm of non-verbal expression, nuance, and embodiment. As the preference for e-communication increases, what decreases is not only communicative competence but the place in human experience for the unconventional, unpredictable, unplanned, imaginative, intangible, indirect, incalculable, and non-preordained.

Half a century ago, some existentialists and other social commentators were noticing a phenomenon they called the technological imperative. Modern technology not only shapes our preferences but makes demands of us which go largely unnoticed, beginning with the demand to be used and relied upon as an end in itself. As we multiply the machines we multiply the demands and experience ourselves ever more as part of the apparatus. We create a way of life that’s organized around tools that don’t serve pre-existing needs so much as manufacture new ones and in a way that can hold us captive. Their point becomes more relevant every year, but what I want to focus on isn’t the technological imperative itself but what may be happening to us in a somewhat different sense. What’s happening to our experience and our thinking as technology of this order becomes an order of things and a way of life? What’s it doing to us? We live in what philosopher Barry Allen has called an “artifactual ecology,” a cultural environment that’s composed of artifacts. If early humans were “one with nature,” we are one with our inventions and in particular our machines. We don’t just use them; we’re of them, constituted by them, in much the way that we’re constituted by our habits rather than merely engage in them. An artifactual, and specifically technological, environment calls for particular habits of mind and body, and as the technology changes so do we. What, then, is changing?

It’s far too soon, historically speaking, to offer anything like a complete answer to this question, but the surface phenomena are not hard to see. For one, we’re seeing a decline in reading, especially book reading, including among university students. At the level of communication, there are competences that such technologies require and reward and others that they don’t, and we need to think about what these are. Twitter not only doesn’t require any real communicative competence but is designed to make its exercise difficult. Email still allows it, but it’s far from the norm, there being no digital equivalent of the old letter-writing ideal or anything remotely resembling it. In social media in general, the ethos is one of efficiency, style-less brevity, bland uniformity, extreme informality, and speed. If you can’t spell words or construct sentences, this is nothing to worry about because the recipient of the message can’t either.

What’s to be worried about in all of this? Are Facebook, Twitter, and so on not just the Elvis Presley of our times, something new and strange to worry the old folks which in time we’ll come to see as harmless? Let the kids have their fun, and maybe they’ll outgrow it someday. Except that they won’t. These media will be replaced, but with more of the same kind. The point that must be held in view here is that modern technology has an unstoppable quality which comes from being a worldview and a way of thinking which increasingly lacks an alternative. Martin Heidegger was correct: this is an age of technology, technology itself is a worldview and a way of appearing rather than a set of gadgets alone, and one the alternatives to which are disappearing. Social media are but one of its symptoms.

You don’t need be an author or a professor to see that the written word matters and to appreciate something of the role it has played through the history of our species. The spoken word matters no less. What’s being lost in the proliferation of digital technology is a sizeable part, likely a large majority, of the meaning that interpersonal communication contains. When you read a text message, for instance, you’re reading words alone. The same might be said of books, but the author of a book can normally be expected to have achieved a level of competence with the language which isn’t expected from the writer of the text message. Words on a screen aren’t devoid of meaning, but what’s missing is the whole realm of non-verbal expression as well as verbal expression that’s richer than the literal and informational. Body language, facial expression, tone of voice, indirect communication, intimation, insinuation, double meaning, suggestibility, allusion, irony, subtlety, nuance, and even humor are lost on the screen. Communication happens between human beings who are in every case embodied, and their being so isn’t unrelated to the question of meaning. We typically know that what we read on a screen doesn’t hold the same meaning as the same words verbalized by a person standing before us. The person, for one thing, has (or is) a body, and more or less everything that they say, think, and are is a manifestation of their embodiment. It was the twentieth-century philosopher Maurice Merleau-Ponty who taught us to see this. Embodiment, he showed us, is fundamental to human expression and to the kind of beings that we are in a larger sense. Our embodiment isn’t separate and apart from the meaning of what we say but informs our expressions in ways that we usually understand. You don’t leave your body on a shelf when you speak or write. The mind itself isn’t disembodied, nor is anything that it does.

So much of what we do and are is governed by habits that we need to think about which habits of communicating, thinking, feeling, acting, and preferring the digital age is fostering. What tends to be left out of the realm of experience that encompasses social media, video games, and related forms of digital technology is any significant place for the genuinely unanticipated, unconventional, intangible, indirect, incalculable, imaginative, and non-preordained. What’s called “out-of-box” thinking isn’t easily achieved by minds that are born and raised on systems of technology that determine parameters, ends, rules, methods, procedures, and that in general predetermine the full extent of what’s possible for us. What technological systems of the kind I’m talking about achieve, in short, is order, or the illusion of it, not inventiveness or anything resembling it. Our technology “enframes” us, as Heidegger put it, and circumscribes our experience in ways we don’t easily see, although we do experience its effects and frustrations. Increasingly our experience in general is arranged in advance, pre-formatted, pre-scripted, and standardized.

What we’re witnessing, it seems to me, is a depreciation of any capacity or habit of mind that technology doesn’t elicit. In a technological order, what passes for thinking is calculation, following rules without questioning them or questioning much of anything in a genuine sense. Learning in any one direction is accompanied by unlearning in another, and the kind of social and cognitive learning that the digital age is bringing about is accompanied by forms of social and cognitive unlearning which should concern us. When being blocked on Facebook comes to seem like a meaningful act, by someone older than about twelve, something has gone wrong. We need to be skeptical of the idea that social media are enhancing our social intelligence. They’re doing the opposite.