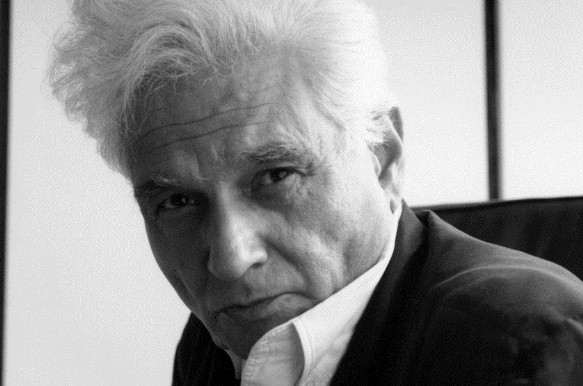 If you’ve ever studied philosophy in a university, you’ve likely taken at least a course or two, and probably more, that were taught by professors who may have intimated in some subtle or not so subtle way that you can indeed do this very thing. Perhaps you can think of a time, as I certainly can, when a student raised their hand in class and mentioned some philosopher to whom the professor wasn’t very well disposed, and the professor’s answer was that the student needn’t waste their time reading that author. (Usually one doesn’t say this directly, of course.) Was this because the professor had read that author’s work and had some solid basis for judging their work negatively? I always assumed so in my student days. That assumption was a mistake.

Consider this: back in 1992, the University of Cambridge decided to award an honorary doctorate to Jacques Derrida, and no fewer than nineteen professors took it upon themselves to write a letter protesting the university administration’s decision. Let me quote a few sentences from their letter. The signatories refer to themselves as “philosophers and others who have taken a scholarly and professional interest in M. Derrida’s remarkable career over the years.” Of Derrida’s writings, they say this: “In the eyes of philosophers, and certainly among those working in leading departments of philosophy throughout the world, M. Derrida’s work does not meet accepted standards of clarity and rigour.” They go on to write: “Many French philosophers see in M. Derrida only cause for silent embarrassment, his antics having contributed significantly to the widespread impression that contemporary French philosophy is little more than an object of ridicule. M. Derrida’s voluminous writings in our view stretch the normal forms of academic scholarship beyond recognition. Above all—as every reader can very easily establish for himself (and for this purpose any page will do)—his works employ a written style that defies comprehension. Many have been willing to give M. Derrida the benefit of the doubt, insisting that language of such depth and difficulty of interpretation must hide deep and subtle thoughts indeed. When the effort is made to penetrate it, however, it becomes clear, to us at least, that, where coherent assertions are being made at all, these are either false or trivial.”

Oh my. In academic parlance, these are fighting words. They were carefully crafted to inflict maximum insult to one of the most noted philosophers in the world at the time. Don’t imagine this letter was dashed off by one person on a rant. There is much to say about this letter, but I’ll be brief. First, let me start with the second sentence of the letter in which they refer to themselves as philosophers (for the most part) who have, as they put it, “a scholarly and professional interest in M. Derrida’s remarkable career.” Exactly how extensive, I wonder, was their interest? How many of his books had they read? Jacques Derrida wrote dozens of books and was easily one of the most prolific philosophical writers of his time. I’ve read about a dozen of them, but that’s still less than half of his body of work. I’m therefore not about to express any judgment about the overall quality of his writings. I seriously doubt that most of the signatories to the letter had read more than a smattering of Derrida’s work. Most of them would have likely read one or two of his books (more likely skimmed it), failed to understand what they were reading (very easy to do with Derrida), lost patience and probably their temper, and quickly stopped reading. From here it’s a short step to an angry dismissal of everything the man wrote in his lifetime, a dismissal that’s tempting to make if your colleagues are doing the same.

We can assume that most of the signatories were nowhere close to having “a scholarly and professional interest” in Derrida’s work. A professor doesn’t, or shouldn’t, claim to have such an interest unless they’ve put a great deal of labor into reading and rereading an author’s work, or at least the lion’s share of it, combined with a reading of any secondary literature that might exist. They should also understand it. The authors frankly admitted they didn’t understand what they were reading. The fault for that, they said, is Derrida’s. Well, maybe, in part anyway. He was a notoriously difficult writer. But then again, so was Heidegger. And Levinas. And Nietzsche. And Hegel, Kant, Leibniz, and come to think of it, Aquinas was no easy read, or Aristotle, or Plato. They all expected their readers to work and to work hard. What they had to say wasn’t always crystal clear, and if you read any of them, you need to put your back into it. You can say the same of any philosopher, or any other writer, who’s any good.

My point here isn’t to defend Derrida as a philosopher. He doesn’t need anyone to defend him, and even if he did, I’m not inclined to do it. I have criticisms too, but when I do it’s a specific criticism of an idea or a book of his that I’ve actually read, not a blanket dismissal based on what I haven’t. You can’t dismiss a philosopher like this, no matter how many criticisms you come up with. Every philosopher can and must be criticized. We expect this. But when it’s serious, criticism is based on real knowledge, not “a little knowledge” (always more dangerous than none) combined with bewilderment.

There are many ways of doing philosophy, and many kinds of philosophers. They range from the straight-laced to the wild. Derrida walked on the wild side; the signatories to this letter, I gather, preferred a more buttoned-down approach. People at the extremes invariably dislike those at the opposite extreme, and that in large part is what happened here. It’s simple intolerance, intellectual bigotry you might say, and it’s not as uncommon as you’d think. It should be self-evident that you can’t judge a philosopher you haven’t read—I mean read seriously—but it isn’t, and it’s not only the less serious academics who do this. It’s commonplace, including among the venerable personages at Cambridge.

My last point is about arrogance. The signatories to this letter claimed to speak not only for themselves but for “philosophers, and certainly … those working in leading departments of philosophy throughout the world.” Oh my, again. What remarkable self-confidence. These individuals were speaking not only for themselves but for an entire field of knowledge, world wide no less. I don’t know how to speak for much of anyone except for one person, and if I did know how, modesty would prevent me from doing so. Of course, these professors were speaking for themselves alone, and their judgment about a matter of which most of them knew little or nothing demonstrated a few of the worst intellectual vices there are: arrogance, narrow-mindedness, and dogmatism. I don’t particularly care for most of what I’ve read of Derrida’s work, but I’d never claim that Derrida was “not really a philosopher” or that he was an inferior one. Nor would I say this of the professors who signed this letter. I can’t say this because most of them I haven’t read or even heard of. When you hear one philosopher say of another, “So and so is not a real philosopher,” don’t believe them. What they’re usually doing is claiming that there is a single approach to philosophy—their own—and that any who take a different approach or belong to a different tradition are simply not worth taking seriously. Next time you hear a philosopher say this of another, ask them how much of that author’s work have they read. The answer will almost always be little to none, and they won’t like the question.