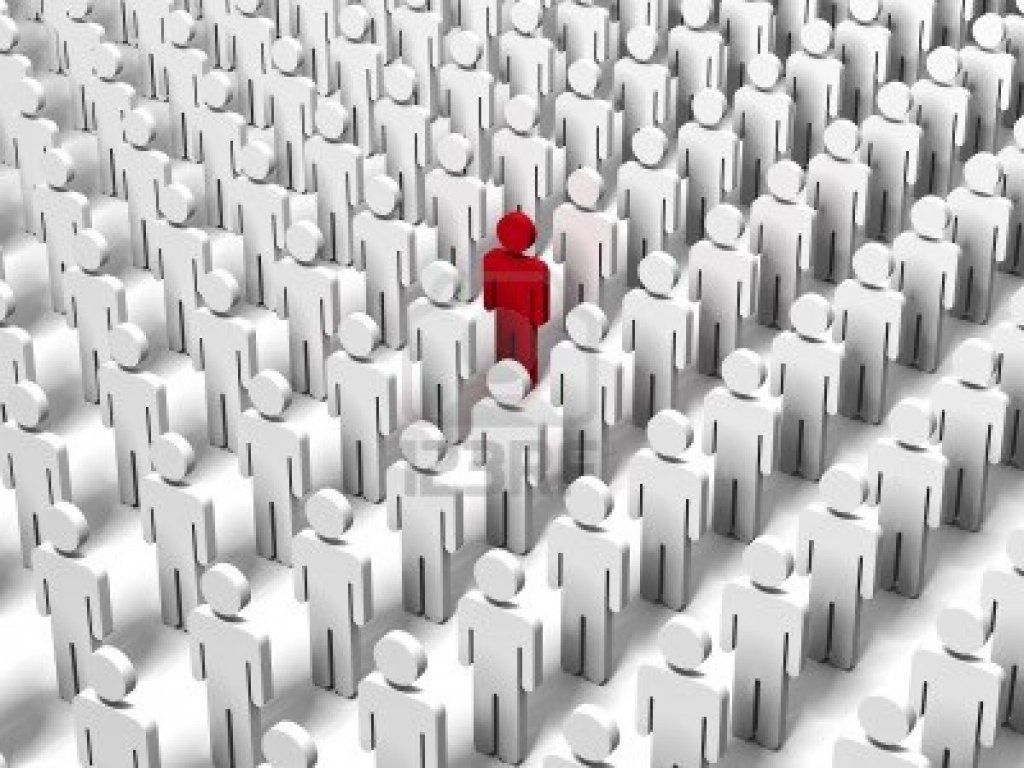 If you’re anything like me, when you see a large mass of humanity going in one direction your instinct is to go another way. I can’t say what this instinct is exactly, where it comes from, or why it has the force that it does, only that it’s deeply rooted and speaks with an authority that I’ve learned to trust. By “the mass” I mean especially mass thinking, those “popular conceptions” that many of the existential philosophers were warning us about in the early to middle part of the twentieth century. One outstanding example is the French existential phenomenologist Gabriel Marcel whose book of 1951, Man Against Mass Society I first read in my early twenties and which has always stayed with me. I often remember well and occasionally reread the books that first attracted me to philosophy in my later teens and early twenties. Marcel’s book was one of them. It contained a protest against the sterile uniformity that surrounded him, especially the sameness of thought, and a plea for some alternative. Social conformity often has a bad name. This is something that teachers often tell their students: don’t conform, think for yourself—until you actually start to do that, at which point that message has a tendency to turn into its opposite.

It’s best to think of mass society as a way of thinking and perceiving, not people themselves so much as the way that they so often appear to us. This way of appearing, Marcel believed, is inseparable from the phenomenon of human degradation. The individual in modern mass society has become degraded and also disconnected, not only from our fellow human beings but from ourselves. In a profound sense, we are no longer ourselves, while the other is increasingly experienced not as an existing individual but nearly the opposite of this. While Heidegger would speak in this connection of das Man—“the They” or the interchangeable anyone—Marcel preferred to speak of the mass as the name for who or what the individual that is not itself is and how it is experienced. Spanish existentialist José Ortega y Gasset had described the mass not only as a collectivity of increasingly bewildering scale but as what he called “a psychological fact” in his The Revolt of the Masses of 1930. Whereas in former times, as Ortega put it, the “individuals who made up these multitudes existed,” they did not exist “qua multitude…. Each individual or small group occupied a place, its own, in country, village, town, or quarter of the great city. Now, suddenly, they appear as an agglomeration, and looking in any direction our eyes meet with the multitudes…. There are no longer protagonists; there is only the chorus” (The Revolt of the Masses [New York: Norton, 1960], 13–14).

Marcel would apply Ortega’s analysis in a somewhat different direction. The issue that was most pressing for Marcel was “the growing depersonalization of human relationships.” The issue is the way in which humanity now appears to us—as the multitudes, a quasi-material being that’s without a name and a face, that is the same everywhere and impossible to elude. The “agglomeration” that “was yesterday the city” exercises an ever more powerful attraction on populations at the same time that they’ve become dehumanized and unlivable. One doesn’t “dwell,” in Heidegger’s sense, in the city of today, Marcel remarked (Tragic Wisdom and Beyond, 152). Instead one disappears into the throng, and indeed one is the throng, as are those whom we continue to call our neighbors. The bonds between persons become fleeting, and if the complaint is frequently heard that our sociability and our dignity have been undermined by this, or by the perception of oneself as “a mere statistical unit, … a specimen among an infinity of others,” the complaint seldom leads to a decision. What decision can even be made here is an exceedingly difficult matter when the reactions and opinions that the individual has and “which he thinks are his own, are merely reflections of the ideas accepted in the circles he frequents and handed round in the press which he reads daily” (Homo Viator [New York: Harper and Row, 1962], 20). My very gesture of protest isn’t my own but the gesture that “one” has, and we submit to the mass even in imagining our resistance.

The alienation of the individual within mass society was a pressing issue in a great deal of the existential thought of this period. The growing homogeneity of human beings, the uniformity of beliefs and values, the loss of human scale, the frantic pace of modern life, and the disappearance of the individual into its socio-economic function were frequent topics of discussion in this literature. There is, Marcel believed, a malaise and a pessimism that had become widespread, a sense that “this world is empty, it rings hollow” (The Philosophy of Existentialism [New York: Citadel Press, 1956], 12). Whatever meaning still exists is a matter that falls outside a modern conceptual framework, while what lies within it are means without ends and a civilization without spirit. The rhythm of our lives is no longer that of life itself but of the machine, an acceleration that creates a constant sense of haste.

“To encounter someone,” in Marcel’s words, “is not merely to cross his path but to be, for the moment at least, near to or with him.… [I]t means being a co-presence” (Creative Fidelity [New York: Crossroad, 1982], 12). His distinction here is important: the mass is that with which we cross paths. We don’t encounter it in this sense so much as skirt by it and if possible avoid it altogether. It doesn’t speak to us and we don’t listen. One isn’t “with” the mass but is confronted by it as an obstacle in one’s path, a means to an end, or an object of reckoning and management. Our everyday experience of social life is of processes of collectivization, mechanization, and calculation on an ever-growing scale. “The human condition,” he observed, “… seems to be in some ways dependent on the very manner in which it is understood.” When it’s understood in a vocabulary of metaphysical materialism and technology then the human being “is thought of on the model of a machine,” an object of some scientifically knowable and institutionally manageable kind. As the person in such an order becomes “conscripted into an auxiliary bureaucracy” and “more and more easily reducible to an index card,” its mode of being-in-the-world is transformed (Ibid., 73, 136, 135). It becomes the thing it is spoken of and treated as. What he terms “mass man” is not a person. It has no dignity of its own, no mystery or capacity for freedom. It is an entity with a standard set of needs and a function in the socio-economic mechanism. It’s the same everywhere, an abstraction made real, while what is or was really real—an unrepeatable individual—goes into eclipse.

Marcel’s analysis comes to us from the middle part of the last century, but it seems to me that the fundamental condition of social life in our times remains an experience of the mass as he and many other philosophers of existence spoke of it, the salient features of which are anonymity, depersonalization, the loss of human scale, and the ubiquity of a technology that became a runaway train some time ago. In this condition the other person comes to appear not as a Thou but an “it” whose presence is fleeting and whose claim upon the self isn’t heard. Encountering another in an authentic sense always involves a risk to the self and an overcoming of alienation. It’s never uncomplicated, but our culture generally provides us with the wherewithal with which to do this. What Marcel believed he was witnessing over half a century ago was a deadening of social life brought about by a materialist and technological order of things. “Today a considerable temptation exists,” to quote him once more, “… to become enclosed in the dimension of technological thought to the point of denying that there could be any other dimension” (Tragic Wisdom and Beyond [Evanston: Northwestern University Press, 1973], 195). It’s a short step from this narrowing of perspective to the more thoroughgoing degradation of life that Marcel believed he was witnessing.

Individualism finds few defenders in the university of today—which, by the way, is an excellent reason to endorse it. What kind of individualism or individuality Marcel’s analysis entails is an open question. Marcel himself was a Christian, and that belief informed his analysis of the person and what is becoming of us. We may or may not share his belief, but the challenge that he and many of his contemporaries left us with remains very much with us. The individual against the mass isn’t necessarily or even usually a religious matter, nor is it necessarily ethical or political in a narrow sense. It’s an existential struggle, and as is the case with existential questions, no one can think or decide for you. Whether it comes down to instinct, some sort of personal code, or whatever it is, swimming against the current is often a very good thing to do. I couldn’t say exactly why—just because.